Dr Daniel Broman, one of the Sport and Exercise Medicine Consultants at Isokinetic London, has recently co-authored a paper reviewing Sport-related concussion practices of medical team staff in elite football in the UK.  The pilot study, published in Science and Medicine in Football, concluded that concussion education rates within the coaching staff and players still remain low along with the use of neuro-psychometric testing.  The study supports the introduction of the concussion substitute in an attempt to support better player welfare practices.  With some irony Daniel, first team doctor at West Ham United, was the first Football Medicine doctor in the Premier League to utilise the newly introduced Concussion substitution!

Outside of elite sport, there has been research looking at the relationship between concussions and lower limb injuries.  In the research covering college athletes who play basketball, baseball, American Football, cheerleading, soccer, softball and other sports, about 62% of the athletes surveyed were female. 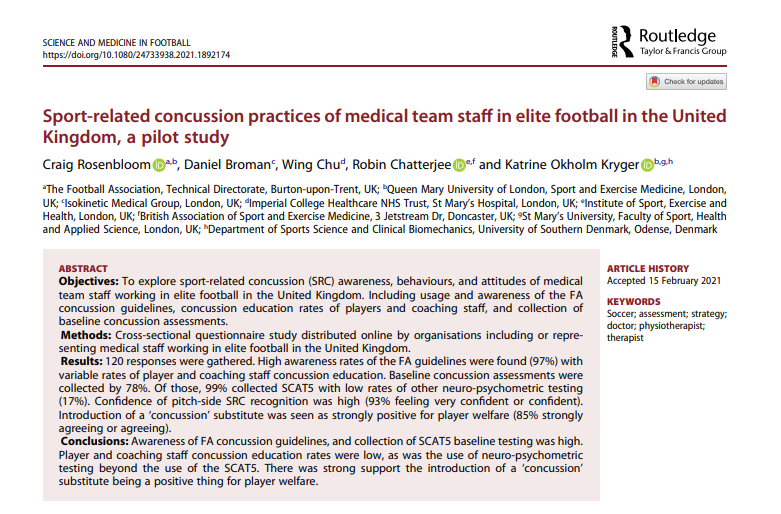