The history of the Isokinetic Centers began in the second half of 1986, when Doctor Stefano Della Villa, a young physician specialising in physiatrics at the Rizzoli Orthopedic Institutes of Bologna, learned of a new method of evaluation and training of muscle strength called isokinetics.

Moved by a keen interest in this new method, he decided to visit one of the manufacturing companies in the United States and carry out a period of training on the use of such equipment. During this internship, he had the opportunity to meet and attend Professor Michael Dillingham, Director of Sports Medicine at Stanford University and medical doctor of the San Francisco 49ers football team, and his trusted therapist, Rick Eagleston.

The knowledge of the new method and its practical application therefore allowed him to return to Italy with a great cultural heritage and allowed him to establish, together with his colleague Gianni Nanni, the first small Isokinetic Center of Bologna, in August 1987.

To find out more, scroll the timeline you find below: 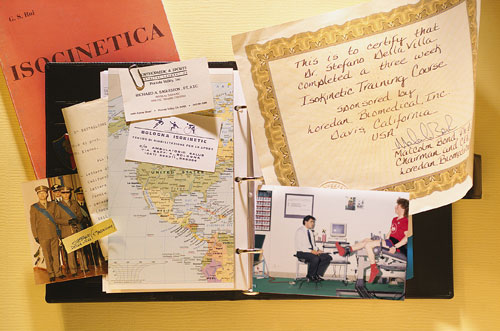 As student, Dr. Stefano Della Villa completed an internship in the USA, where he met professor Michael Dillingham, director of Sports Medicine at Stanford University and the rehabilitation coach Richard Eagleston. At the end of this experience, in 1987, Stefano Della Villa set up with Dr. Gianni Nanni, the first Isokinetic clinic in Bologna, at the consulting room Salus. 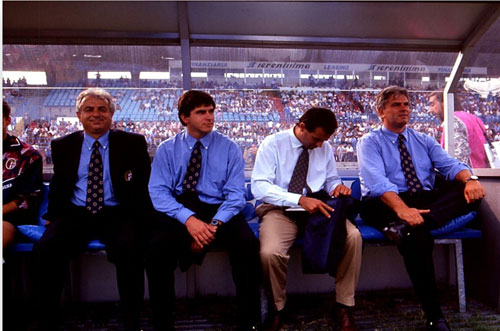 Moved location next to Bologna FC

Isokinetic moved closer to Bologna FC’s training ground in order to expand and stay closer to our patients. 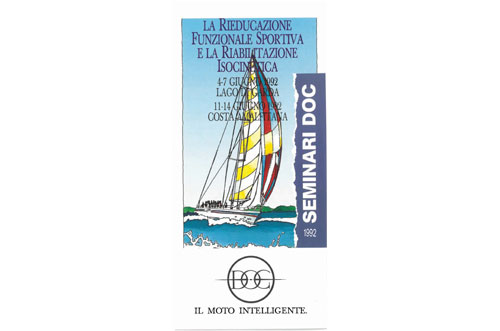 Our first conference was a small affair compared to the recent ones. Despite being small, the conference was very well received and helped people understand Isokinetic’s dedication to the advancement of Sports Medicine. 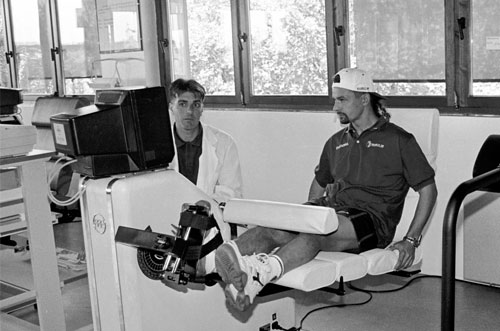 In 1997, Isokinetic began to treat more and more professional athletes. Among the most enthusiastic of them there were Roberto Baggio, Alberto Tomba and Beppe Signori. 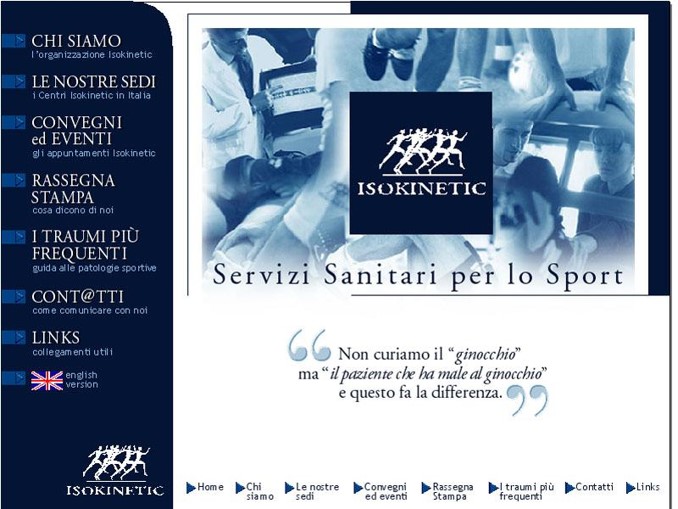 Our first foray into the web, whilst it may look outdated now, at the time this was revolutionary, offering visitors a watered-down version of the ‘Patient Guide’ you can access today.

Isokinetic was awarded ISO 9001 certification, a recognition to our professionalism and care given to our work. 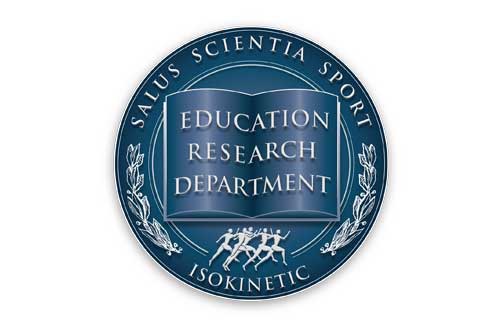 This part of our organisation has been essential over the years in informing our medical decisions and making sure patients are receiving the most up-to-date treatment available. 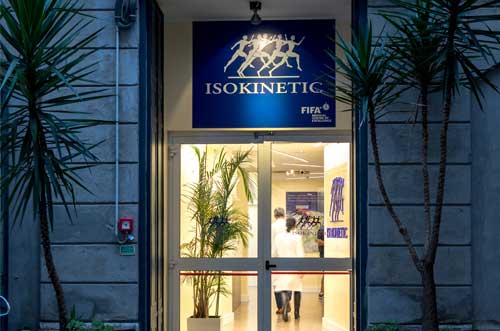 2001
Opened an Isokinetic Centre in Cortina

Isokinetic fought to finish the renovation of the Hotel Cristallo so we could open a centre within their facilities. This was the first centre opened outside of Bologna, makring the start of our rehabilitation network. 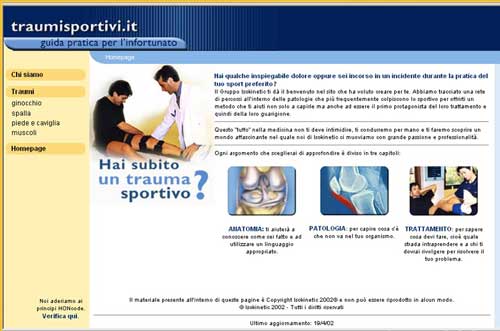 A revolutionary site which allowed anyone who wanted more information on sports injuries to read, in detail, about the causes, symptoms and treatments for a range of different injuries, similar to our Patient Guide. 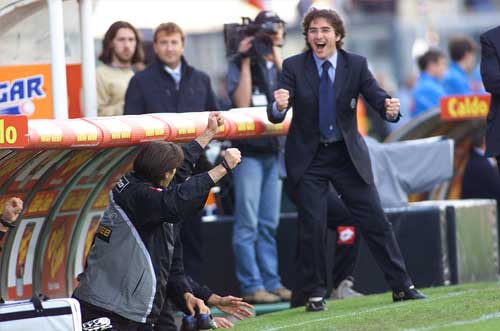 Opened the Isokinetic centre in Turin

Further growth of the company allows us to open another centre. 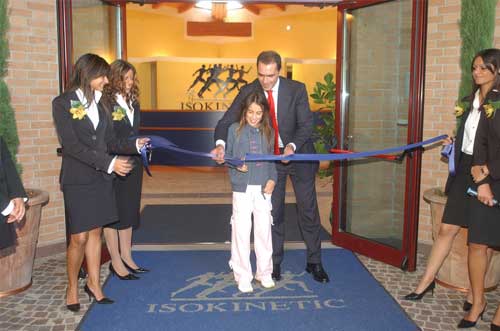 Expanded the centre in Bologna

Our headquarters and flagship centre was expanded to cover more than 2,000 ms, encompassing three gyms, a pool and field, as well as an extensive range of diagnostic equipment including an MRI scanner. 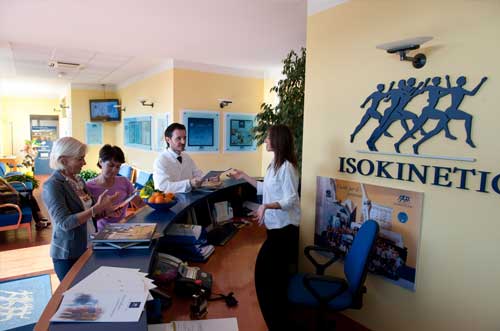 Opened the Isokinetic centre in Verona

Opening a centre in Verona allowed us to reach even more patients across Italy. 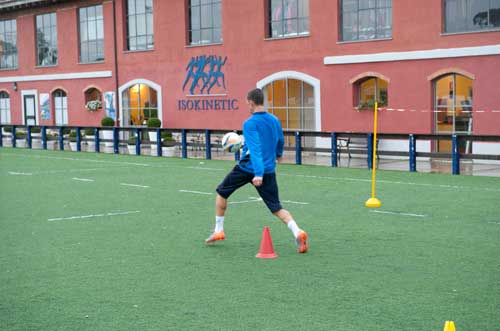 2005
Opened the Isokinetic centre in Rome

Opening a centre in Italy’s capital, gained us further attention internationally and allowed us to help even more people throughout Italy. 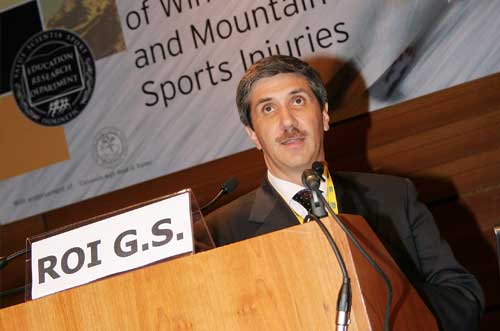 Hosted a conference during the Winter Olympics in Turin

One of our bigger conferences, this event drew in many Sports Medicine professionals who had been working with Olympic teams. 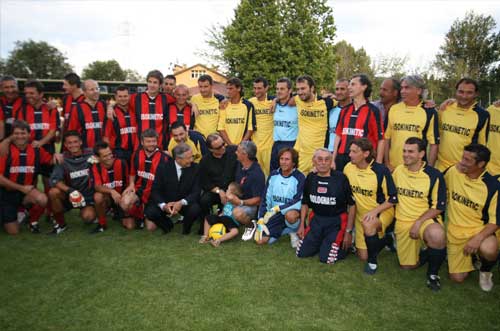 A big anniversary for us, accompanied by a big party! 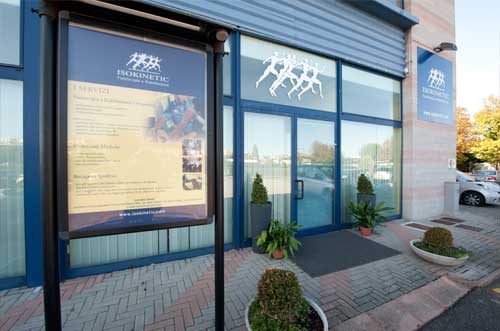 Opened the Isokinetic centre in Rimini

Another new centre opens in the East of Italy, by the sea. 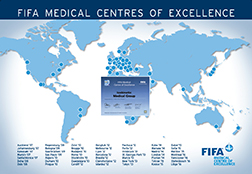 Receiving this award was a big boost for Isokinetic. This highlighted our expertise, proving that our quality of care is amongst the best in the world. 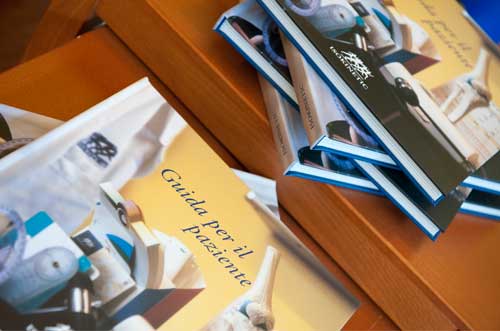 A handbook given to all patients coming into Isokinetic which, similar to our TraumiSportivi site, helps to explain the path each patient will take on their way to 100% recovery.

Officially inaugurated as the eleventh FIFA Medical Centre of Excellence

The official inauguration ceremony cemented the Isokinetic name alongside other top Sports Medicine practitioners around the world, highlighting us as an international benchmark for quality of care. 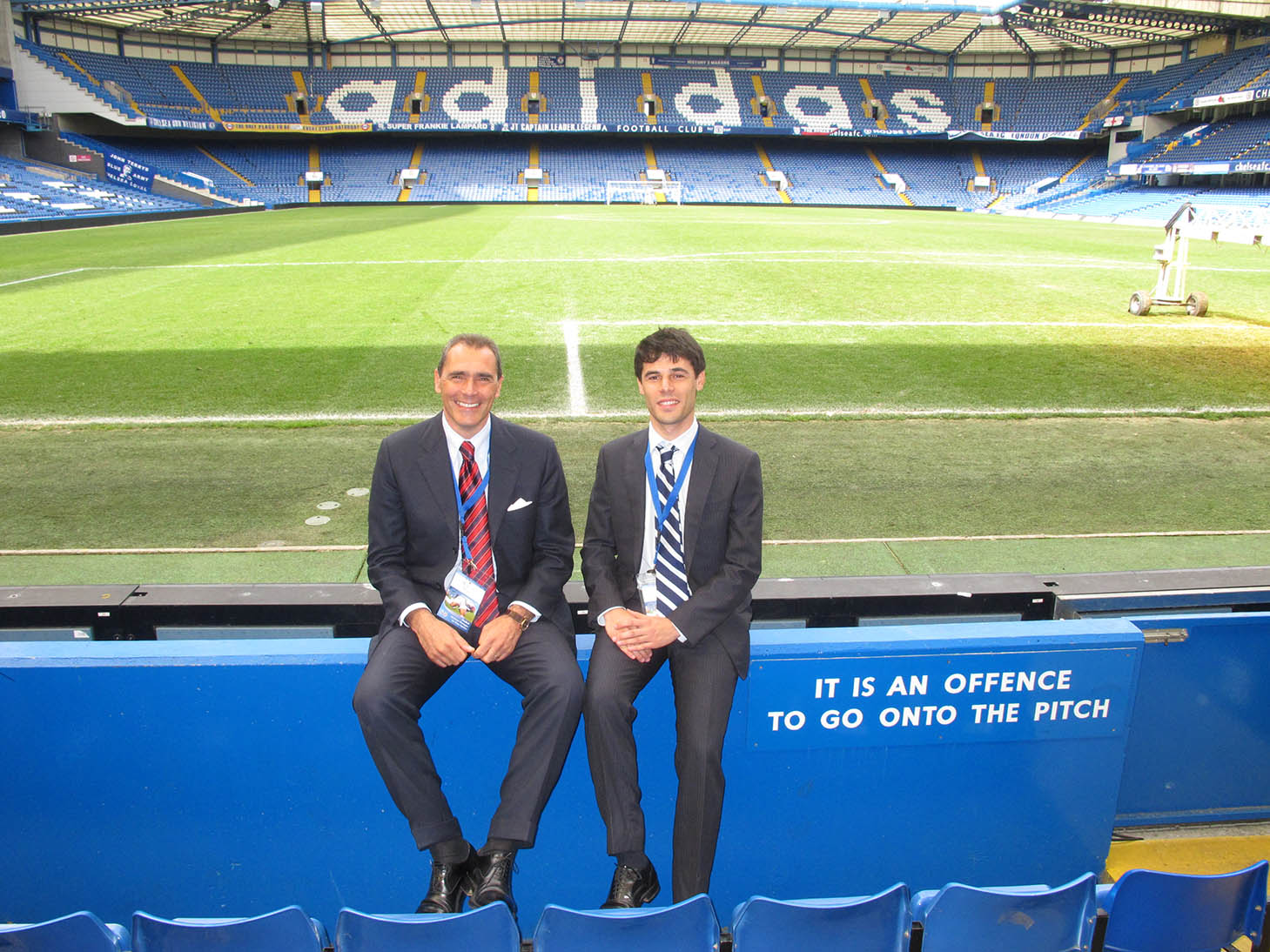 A big step for Isokinetic, running our first conference overseas, and hosting over 1,200 delegates from more than 60 different countries greatly improved our international reputation. 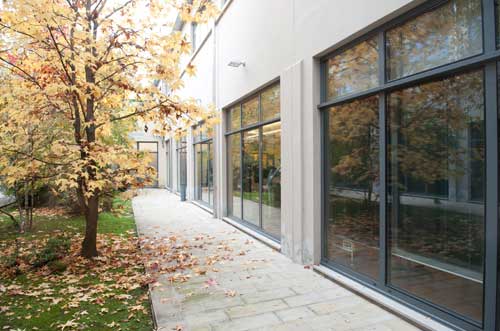 Very exciting moment for the team in Milan: in record time and with the help of all, it is in fact succeeded in transferring Isokinetic Navigli in a new home.

Thanks to the efforts, professionalism and passion of all, was created a structure that will make it possible to achieve excellence on the patient, especially with an important added value: the swimming pool. 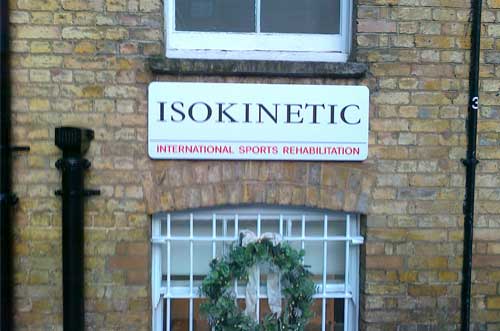 After 25 years of history in Italy, Isokinetic Medical Group build up its international dream: opening in the very heart of London the first clinic outside Italy. A small “pop up" clinic with a high quality team, including: the medical director Bryan English (former doctor of Chelsea and currently president of the Society of physicians in the Premier League ), the doctor of the English national football team Ian Beasley and the supervisor of the Italian team of therapists, Marco Zanobbi. 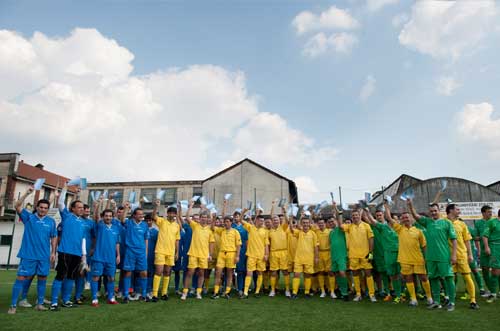 Isokinetic celebrates its sporting and scientiﬁc commitment with a triangular football near its renovated headquarters in Navigli. The game was played side by side with representatives of the world of sport, entertainment, doctors and patients, following the 11+ training program promoted FIFA F-Marc and followed by the Isokinetic Centers. The teams were rewarded by two excellent guests: Demetrio Albertini and Billy Costacurta! 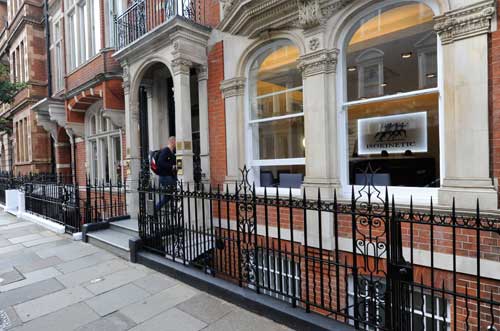 A big day for Isokinetic. Our new international flagship centre opened on 29th September 2014 at 11 Harley Street. Harley Street is an historic street in the world of medicine, for many is synonymous with high quality and pioneering healthcare services. Since the mid-19th Century many doctors had moved into Harley Street, still considered today the very heart of London’s medical area. 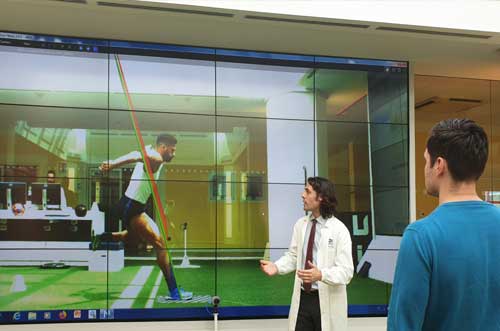 On 30th of January 2016 Isokinetic Bologna celebrated with a big party the first “Green Room". The Isokinetic Green Room is a new cutting-edge treatment space, dedicated to the movement analysis, the care of movement patterns and the prevention of re-injuries. With the Green Room, the Isokinetic Medical Group aims to assign to the exercise, a central role in the orthopedic and sports rehabilitation. 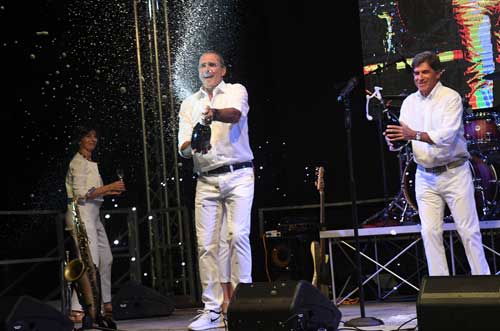 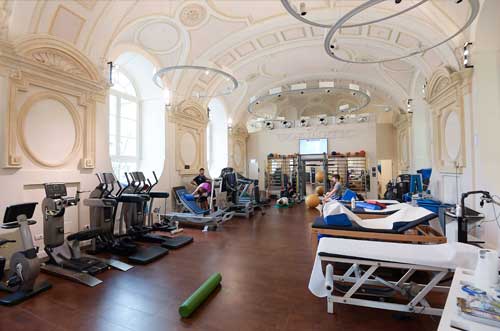 Isokinetic Turin moves to Via delle Orfane. A beautiful recovery of an ancient church turned in our three level highly thechnological  Isokinetic Centre.

For further information, contact us or book your first visit
which will include an initial diagnosis, a customised plan for medical care
and a rehabilitation programme designed to suit your unique needs.
CONTACT US