Henry Druce, head of ski content of “The Telegraph" visited us in Isokinetic “to find out how to maximise growth, minimise decay and grow old like an athlete".

This was his experience…
Source: https://www.telegraph.co.uk/travel/ski/articles/how-to-carry-on-skiing-past-retirement-age/

How long do you plan to keep skiing,” I once asked Ski Sunday’s Graham Bell when we were on the slopes in St Anton and he said, “Until I drop.” It’s a view I think most keen skiers and snowboarders share but for many of us, injuries, infirmity and declining physical strength will keep us away from the slopes well before we pop our clogs.

As a reasonably fit person in his middling years I feel increasingly aware of the end game and so decided to go for a fitness MOT at Isokinetic London, a high-end, Fifa-approved sports medicine and injury rehabilitation clinic boasting past clients including Roberto Baggio, Gianluigi Buffon and ski legend Alberto Tomba. Current clients who use the Harley Street base include Premier League footballers, international tennis players and professional dancers from ballet and the West End – sorry, can’t name names – and mere mortals like myself. 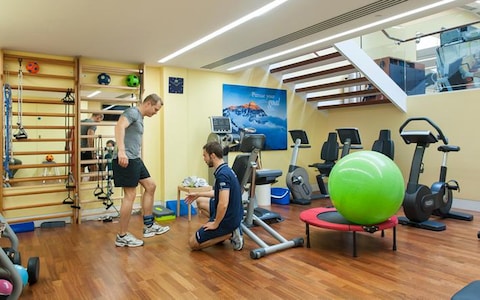 Isokinetic London has tests its patients in the gym CREDIT: ISOKINETIC LONDON

Most come here to recuperate following injuries. Last ski season the clinic saw 200 people with ski-related injuries, the most common being damaged ligaments. The Isokinetic clinics, founded 31 years ago in Bologna, made their name, initially, using state of the art technology to treat knee injuries. The treatment and rehabilitation today still maintains this technology base. The personalised rehab programmes are goal-focused and the technology helps to quantify progress and inform the recovery process. Ultimately the goal is to help people return to skiing and avoid re-injury.

Managing Director of Isokinetics London, Michael Davison, says often after a ligament injury skiers are told they need to be operated on as soon as possible. “Austrians say you should be seen within six hours of an accident. It’s rubbish.” He suggests not rushing into surgery as you possibly will not need it. “Out of 750 patients this year, 20 per cent are copers – people we can work with to build up their muscles to compensate for ligament damage and not need surgery.”

The clinic is also seeing an increasing number of hip injuries. “After an accident, surgeons are very keen to intervene,” says Davison. However, he says most people have symptomatic hip problems, unrelated to a specific accident. Once again these are sometimes better dealt with by integrated sports doctor and physio treatment rather than surgery.

My visit is not about recuperation as unusually for someone who’s been skiing very regularly since the age of 18, I’ve never broken a bone, ruptured a ligament or suffered any other injury of note. I want to find out how to maximise growth, minimise decay and grow old like an athlete.

Davison shows me a graph (pictured) clearly illustrating the stark contrast between the increased health span of the master athlete compared to the average person. The centre uses the World Health Organisation’s description of health as a “state of complete physical, mental, and social well being, and not merely the absence of disease or infirmity.”

The graph shows the average person starting a steady decline in health from 35 years old whereas the master athlete only experiences dramatic drop off from 80 years old. Most of us will never be master athletes but according to Davison we can take steps to dramatically close the gap.

On arriving at the Harley Street clinic on a balmy day in June, Davison’s colleague Dr Matt Stride ushers me into his consulting room where he asks me a series of questions about my medical history and general health – was I on prescription drugs (no), how much did I exercise (lots of cycling), did I work-out in the gym (no).

In between finding out about my personal history Stride says: “Skiers often do very little in the way of exercise. A skiing holiday can be very sedentary and injuries often result from people simply not being fit enough. The classic case is the middle-aged bloke or woman who skied when younger, stops for 10 years and does little exercise. As their children become older they try and keep up with them on the slopes. It’s a recipe for disaster.” 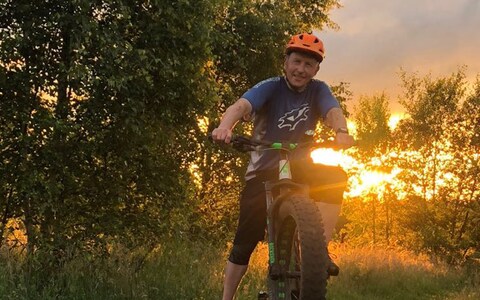 Stride gets me to stand on one leg, then the other, to check my balance. Then makes me stand and rotate legs, arms and head (not at the same time) to assess flexibility. He duly notes the results and then lead me to the gym facilities on the ground floor to test my physical fitness and aerobic capacity.

I chose an exercise bike over a running machine, and after getting comfortable he pricks my ear lobe to obtains drops of blood to measure lactic acid and straps a heart rate monitor around my chest. I pedal for 15 minutes as Stride intermittently turns up the dial on the watt bike to make it progressively harder to pedal.

The initial workload is set at 50 watts and the speed then increased incrementally by 40 watts every three minutes, measuring my heart rate and lactic acid at each point. By the end it’s tough going and I was sweating profusely. 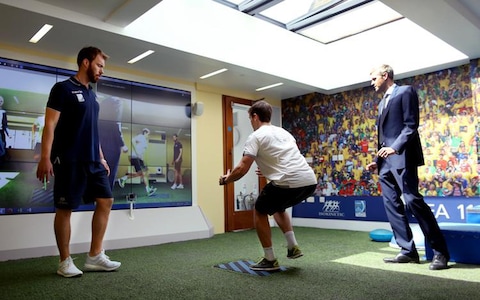 Balance and strength are key parts of the test CREDIT: ISOKINETIC LONDON

How does this compare with other people of middling years? Unsurprisingly very favourably because I cycle five or six times a week. “You are in the top 10 per cent of our clients,” says Stride before slightly taking the sheen off the stat when he says this includes people recovering from injuries.

The report, emailed to me immediately after the test, says that to improve my fitness I need to train within my aerobic threshold (138-141 bpm) three times per week for 30 to 60 minutes for each session. Should I wish to boost my fitness further and feel more fatigued I should train at a higher heart rate (150-152 bpm) when my body will produce lactic acid for up to five minutes per session.

Following the exercise test Stride says I should carry on exercising as I am. So all good then? Not entirely as the other tests show I have poor balance and stiff muscles. The latter is a mixed blessing as though this will make me more prone to muscle strains, stiff muscles help to protect ligaments such as ACLs. My report suggests to help counter this after exercising I should stretch my hamstrings, hip flexors, quadriceps and calves. To improve my balance Stride tells me to practice standing on one leg at a time, with my eyes closed.

Will I follow all the recommendations? Absolutely – it’s a small price to pay to keep answering the call of the slopes.

1. Exercise at the optimum level

Your metabolic fitness will decline as you get older and with sedentary behaviour. Stride says sitting down for eight hours a day is the equivalent health risk of smoking 20 cigarettes a day. Exercising is good but optimising your metabolic fitness is even better. Find out your optimum heart rate at which you should exercise to increase fitness at a centre like Isokinetics in Harley Street.

Building up muscles helps resist tiredness and fatigue and protects the skeleton from damage after falls. Resistant-based exercises such as weight training are particularly valuable for people as they get older.

3. Work on balance and co-ordination

The risk of falling over can have profound effects as you get older. Proprioception is the feedback from the body’s joints to the brain. Most of us are heavily reliant what we see. If asked people often struggle to stand on one leg with both eyes shut. Practice can really improve this.

Get any pains checked out before you head to the slopes. Stride says people often ski with a brace following an injury, but haven’t followed a thorough programme of preventative measures. Take into account your ski history. If you haven’t skied for many years, consider taking lessons in the UK and make sure you have appropriate fitting boots and bindings. Stride says, “We see many injuries – lower leg breaks and knee injuries resulting from bindings not releasing when they should.”

He also advises skiers and snowboarders to wear appropriate clothing to stop muscles getting too cold as that’s when injuries are more likely to occur. Other advice includes getting a good night’s sleep and not drinking too much alcohol. “It affects muscle capacity and co-ordination,” he says.

If muscles are too stiff you risk straining them; if too flexible there’s increased risk of injury to joints. Most people are somewhere in between. If concerned, it’s worth getting checked out with a physio. Consensus is that stretching after activity is a good thing but not before.

A 90-minute health and fitness assessment, including a full screening by a consultant in sport and exercise medicine, at Isokinetic London costs £275.